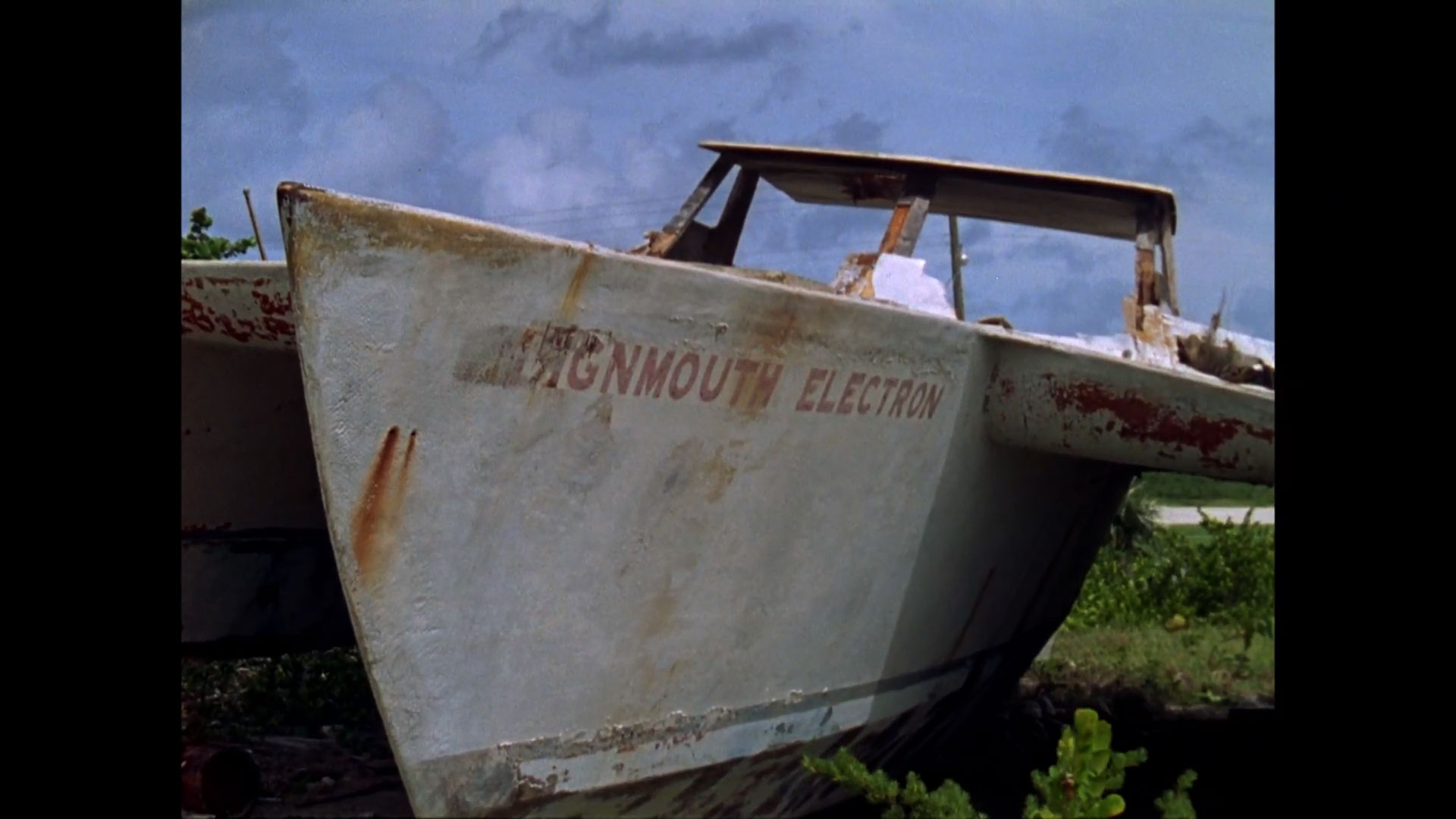 Crowhurst was an English entrepreneur who, in 1968, competed in a contest announced in The Sunday Times newspaper to attempt a solo voyage around the world, where the winner would obtain a cash prize. Hounded by poor financial decisions, Crowhurst chose to participate even though he had no navigational experience. After a few days at sea, the businessman decided to cheat by manipulating the radio equipment on board to give the impression that he was continuing to advance in the race despite having anchored somewhere off the coast of England. Over the following months, Crowhurst's mental health deteriorated to such a degree that he committed suicide. The vessel was later sold in the Cayman Islands, where it was passed hand to hand and eventually, abandoned on the beach that appears in the film. Not unlike a ghost ship, the Crowhurst story was frozen in time, somewhere between myth and reality.