A way in Untilled | Pierre Huyghe

A way in Untilled 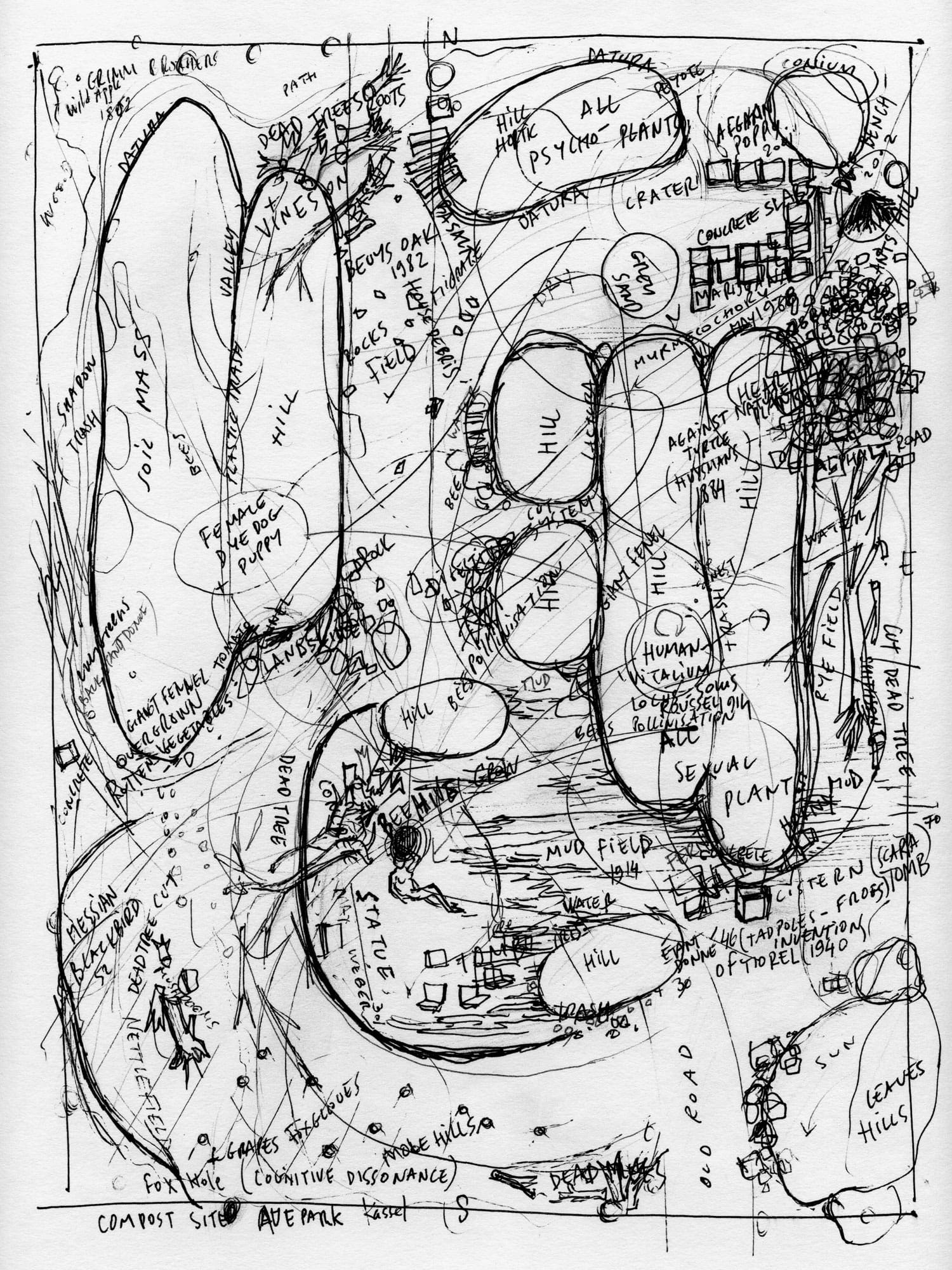 Pierre Huyghe created Untilled (2010-2013) for Documenta 13, an isolated installation located in the compost heap of Karlsaue, the main park of the city of Kassel, Germany. The theme of that edition was Collapse and Recovery. Hence, Huyghe conceptualized an artificial ecosystem formed by inanimate elements, artifacts (including the remains of works by artists such as Joseph Beuys and Dominique González-Foerster), and living organisms like plants, animals, and bacteria that were indifferent to the presence of visitors. As these elements emerged, pollinized, grew, or collapsed, Untilled was transformed as well.

This film with no dialogue depicts a passage through the installation that, using different takes over time, creates a peculiar ecosystem in which close-ups of aquatic creatures blend with panoramic takes of rocks and wilderness, complemented by the atmospheric noise that comprises the soundtrack.